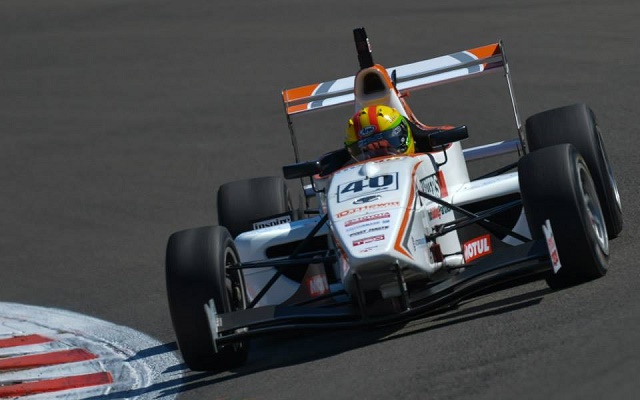 Kiwi racer James Munro will return to the regional Toyota Racing Series for a sophomore 2015 campaign.

The youngster became the New Zealand Formula Ford champion in his rookie season in early 2013 and then followed Neale Motorsport to the Toyota Racing Series.

He took a maiden win from pole in round two at Timaru and would add one further podium later, eventually finishing seventh in the standings.

For the main 2014 campaign, he signed on for the Formula Masters China championship with KCMG. He won a record six consecutive races at the start of the season and eventually clinched the drivers’ title, as well as helping secure KCMG’s first teams’ championship in the series.

“I’m really looking forward at returning to the series and building on my first campaign”, said Munro. “It’s been a very good year for me, I’m definitely confident of a strong result and will be aiming to take the title this time.

“It’s going to be an exciting season with the new car, and also for me working with my new team, Giles Motorsport. They have been the benchmark team for a number of years so I am confident we will be able to quickly get on top of the new car.”

Since its establishment in 2008, Giles Motorsport have won four consecutive titles in the Toyota Racing Series, their streak coming to an end in 2013.

The team claimed five race wins in the past season courtesy of Jann Mardenborough and Martin Rump, with the former finishing runner-up.

Monza and Zandvoort back on Euro F3 schedule for 2015