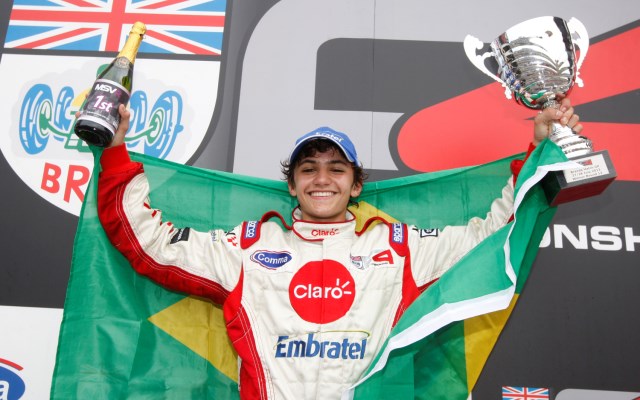 Brazilian Pietro Fittipaldi took his maiden win in single-seaters as he was victorious in the first BRDC F4 race at Brands Hatch.

Although the 17-year-old driver spent most of his race in third position, he managed to pass Charlie Robertson?for second, and race leader Jake Hughes on the last lap.

Seb Morris finished second, who is still yet to celebrate his first victory in the category, as Robertson completed the podium. Although Hughes led most of the race, a mechanical issue forced him out of the top three to finish fourth.

Although the newly-established BRDC Formula 4 Championship has only had thirteen races, Fittipaldi is the eighth different race winner. The standings remain close as Jake Dalton, Hughes and Morris are only separated by four points in the first three places.