Home News Fittipaldi coasts to victory in race one at Donington
NewsProtyre FR2.0

Fittipaldi coasts to victory in race one at Donington 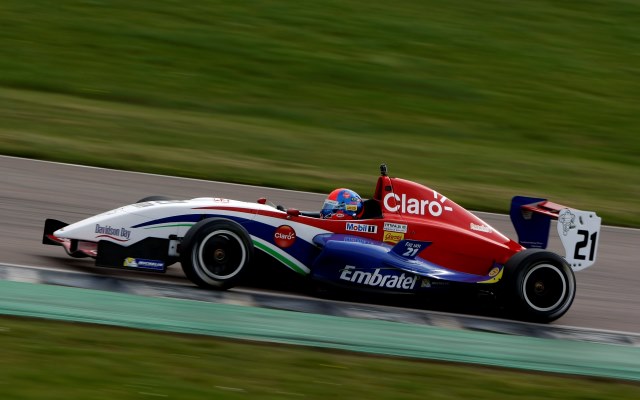 The grandson of two-time Formula One champion Emerson started the race in second place, but managed to beat Alex Gill off the line. He managed to pull away thereafter and finished the race with a lead of over four seconds, taking the fastest lap of the race on the last lap.

Scorpio Motorsport driver Piers Hickin had a tremendous start, vaulting up to third before passing Gill on lap seven for second. Colin Noble, Jr. closed in on Gill too, but wasn’t able to make a move stick and was forced to settle for fourth.

Matteo Ferrer recovered from his lowly grid spot of ninth to move up to seventh at the start. He got past teammate Tarun Reddy for sixth, but faced much tougher resistance from TJ Fischer, only managing to get a move done on the last lap of the race, thus taking fifth place.