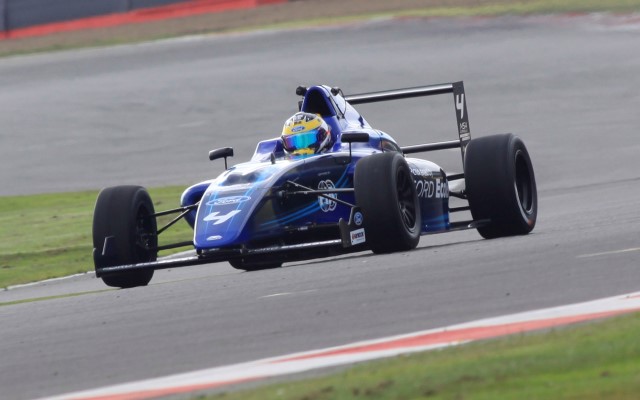 Formula Renault convert Jack Butel and Clio racer?Ollie Pidgley are the first two drivers to be revealed as having ordered cars for the new MSA Formula series for 2015, following the championship’s public launch at Silverstone this weekend.

MSA Formula is the FIA F4-rules series taking the place of Formula Ford in the United Kingdom next year. The Ford-powered Mygale chassis was unveiled on Saturday during the penultimate Formula Ford round at Silverstone, and was given a demonstration run at the track on Sunday by ex-single-seater racer Phil Glew for broadcaster ITV.

Orders were able to be placed from immediately after the unveiling, with “current Formula Ford teams and international squads from Formula 3 and other high-level series expressing their intentions to take chassis”, according to organisers.

The first driver putting his name down publicly was Jersey racer Butel. The 18-year-old has raced in Protyre Formula Renault this year and ended up eighth in the final standings, finishing all 15 races and taking a best result of seventh. He has raced for the SWB Motorsport team, who have also competed in Formula Ford this year.

“The number of races will be double what I am doing this season and that is going to mean invaluable experience for me,” he said. “I absolutely love the look of the new car and I am delighted to find that it?s quite spacious in the cockpit compared with what I am used to.”

Pidgely, meanwhile, will switch from the Clio Cup Series, a second-division for the Renault hatchback which runs on the same BARC package as Protyre Formula Renault. The 17-year-old finished sixth in that series this year – his first full campaign out of cars – but also sampled the Formula Ford car of race-winner?Ashley Sutton and the MBM team at Silverstone in August.

His MSA Formula move, though, will come with a yet-to-be-named team that will also be competing in single-seaters for the first time.

“It?s going to be exciting for me, not least because I will be working with team coming into single-seaters and it will all be fresh to them also ? we will be able to learn together,” he said.

“My reason for choosing MSA Formula is simple: as a young driver wanting to make a name for myself, I need as much exposure as I can get, and the live TV package on offer here is simply unbeatable.”