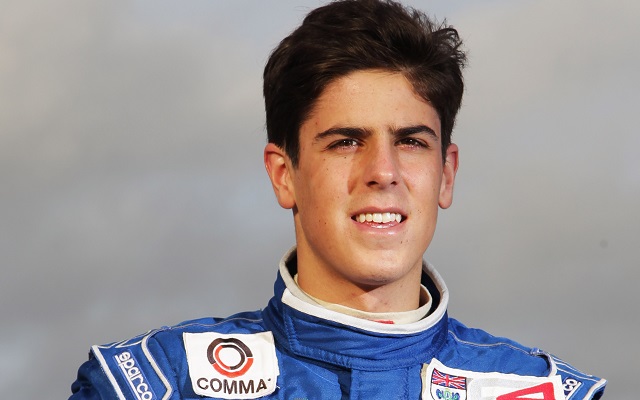 He joins Indian racer Akhil Rabindra to complete a two-car line-up for the team.

Urrutia made his BRDC F4 debut in the Winter Championship last November with Sean Walkinshaw Racing, finishing sixth in the standings with a best finish of fourth.

The 18-year-old has additional single-seater experience on his home continent in Formula Vee and Formula 2000 and also finished second in the PanamGP Spring Series last year.

“I am pleased to announce that I will be racing in the Duo BRDC Formula 4 Championship with Douglas Motorsport,” he said.

“After working on my development as a driver during last year?s F4 Winter Series and getting comfortable with the car, I am really looking forward to working with the team this year and I think we can do a very good job together and challenge for the title.”

Team boss Wayne Douglas added: ?I am delighted to have concluded a deal with Fernando, who is a promising driver with great pedigree. We now have a formidable team and I am looking forward to achieving some top results in 2015.?