Fenestraz and Aubry sign with Tech 1 for Formula Renault 2.0 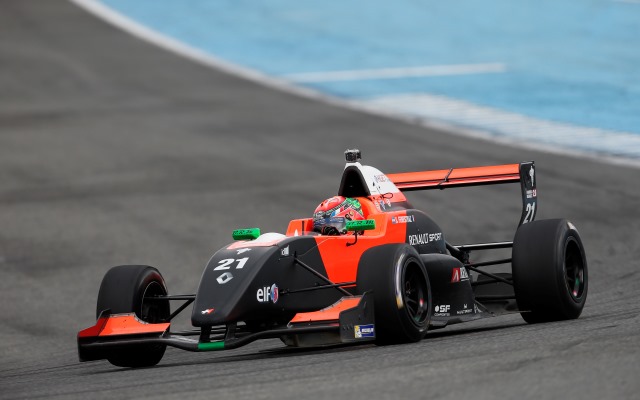 French Formula 4 aces Sacha Fenestraz and Gabriel Aubry have both joined Tech 1 Racing for the step up to Formula Renault 2.0 next season.

The pair join Hugo de Sadeleer, who remains in the Tech 1 FR2.0 fold for a third consecutive year.

Franco-Argentine Fenestraz finished second in French F4 this year, as the top rookie.

“We got on well right from the start and the team is really like a family, a quality that?s very important for me in view of my debut in the category.

“Winter testing went off well and we were among the front-runners on a regular basis, and I hope that we can build on this dynamic next year.?

Aubry, 17, was one place behind Fenestraz while also a single-seater newcomer.

“This winter I felt at home immediately in the team in which there?s an excellent ambience,” he said.

“We?re going to wait until February?s tests to define exactly what our aims are, but finishing in the top-three rookies looks within our grasp.?

Swiss 18-year-old de Sadeleer finished 16th in the Alps series in 2014 and then contested the full Eurocup campaign last year, managing a best finish of 13th.

Team boss Simon Abadie is excited about his 2016 driver line-up, to which he will add another driver shortly.

“In 2016, we?ll have a young, very quick, hard-charging driver line-up, qualities that correspond to Tech 1 Racing?s DNA and the role it plays in fostering new talent,” he said.

?We?re very happy to be continuing with Hugo. Winter testing went really well and we made a big step forward on new tyres and in qualifying simulations. We know how good Hugo is and by concentrating on his intrinsic qualities we?ll ensure that he?s really quick.

“Alongside him Sacha and Gabriel spearhead the new generation of French drivers who will make a big impact in single-seater racing. We?re delighted to have them with us as they?re quick and work hard, and testing went like a dream.?