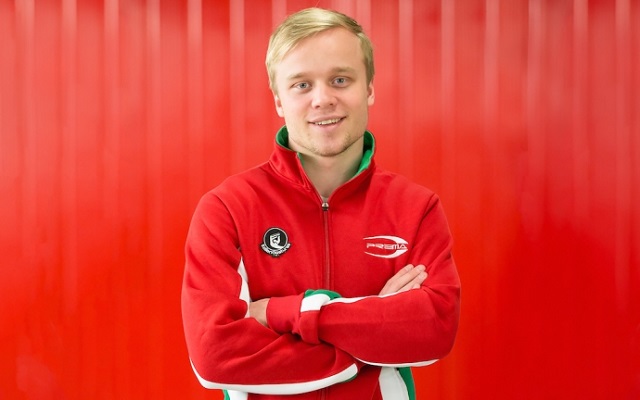 It will be the 23-year-old Swede’s sixth consecutive year in F3 in all, including his run to fifth in the German championship in 2010.

His four previous campaigns at European level were all with the Mucke Motorsport team, coming fifth, fourth and then second in the standings between 2011 and 2013, before a disappointing season last year left him eighth.

He did end 2014 on a high however, claiming victory in the Macau Grand Prix to add to previous successes in the other marquee F3 races in Pau and Zandvoort.

Given Prema’s recent history in European F3, Rosenqvist says he is “highly excited about what I view as a new phase of my career.

“Prema have been the undisputed pace setters in F3 for as long as I?ve been around. They have won every title since 2011, and now having visited their facilities in Italy I really understand why.

?Being able to rely on Rosenqvist for the 2015 FIA Formula 3 European Championship is a great honour for me,” said team manager Rene Rosin.

“There is something symbolic in all of this. In the last four years, this quick yet friendly young man has been one of our toughest and most fierce rivals, all the time. And yet, finally, we can have him on one of our racecars.

“Needless to say, for all our drivers and team staff, including the management, the engineers and the mechanics, his experience will be a priceless benchmark in the chase for our fifth straight title in the series.”

Edi Haxhiu teams up with Corbetta in Euroformula Open