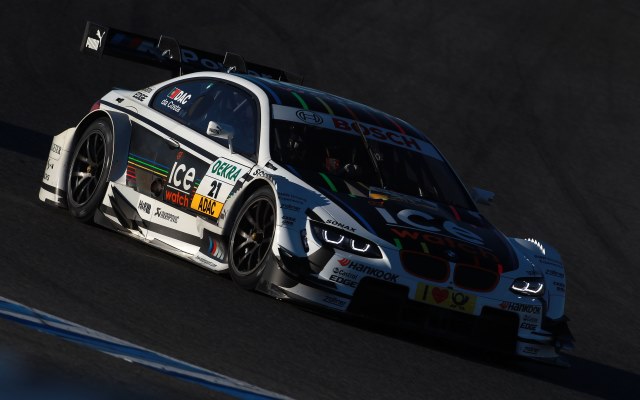 The Portuguese driver missed out on a Formula 1 race seat with Toro Rosso to Daniil Kvyat but will remain with Red Bull as a test and reserve driver for the world champion team alongside a race programme in the DTM. He tested with BMW at Jerez earlier this week and impressed the marque’s motorsport chief Jens Marquardt.

“Antonio really convinced us what a talented driver he is during his tests in the BMW M3 DTM, and through his previous success in single-seater racing,” said Marquardt. “I am looking forward to following his development in the DTM.”

?It is an honour for me to drive for such a big manufacturer as BMW,? said Felix da Costa. ?Switching from single-seater racing to touring cars is a new experience, but the cars are great to drive. The DTM is a top-class racing series ? and I can?t wait to get stuck into this challenge.?

After winning the Formula Renault 2.0 NEC title in 2009, Felix da Costa won races in European F3 and GP3 before joining the Red Bull Junior Team in the middle of 2012 and scoring four wins in FR3.5 and winning the Macau Grand Prix. This year he finished third in teh FR3.5 standings with three wins.