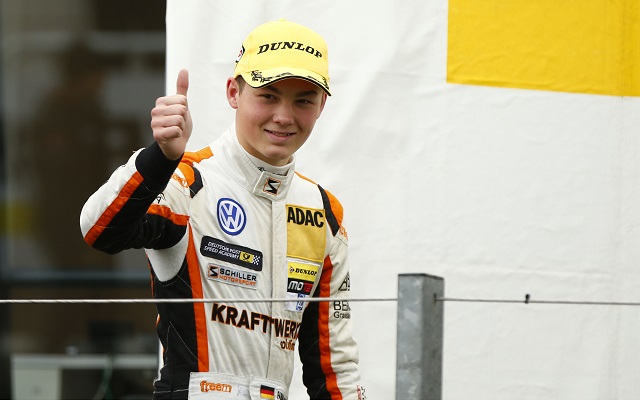 The 17-year-old German steps up after competing in ADAC Formel Masters for the past two years with his family team.

In 2013 he finished 11th in the standings, claiming a reverse grid win at Lausitz. Last year he won twice – at Oschersleben and the Slovakia Ring – and finished up eighth in the points.

A competitor in the Formula BMW Talent Cup prior to that in 2012, he joined West-Tec for the final round of last year’s Euroformula Open, finishing tenth and 13th in his two races.

“I am very happy to have confirmed my seat for 2015,” said Schiller, who is West-Tec’s first confirmed driver in the series.

“Joining Team West-Tec F3 was always my top choice and we have all worked hard to make it happen.”

A successful team in Euroformula Open, West-Tec began competing in the FIA series last year and ran Felix Serralles to 12th in the standings.

Team boss John Miller commented: “We have known Fabi for several years and were pleased to give him his first F3 tests in 2014. He has always been fast and controlled, and I am expecting him to be able to challenge well this season.

“We still have one seat left in our FIA Formula 3 team, and I expect to have news on that soon.”

In all, Schiller is the 23rd driver to be announced for the coming FIA F3 European Championship season.