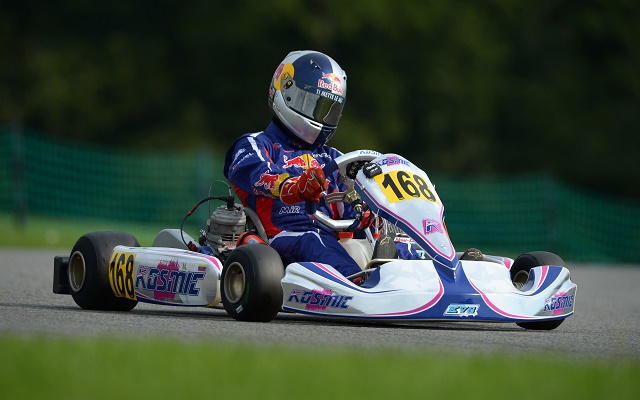 Those drivers are Mauricio Baiz and Marino Sato, both making the jump from karting to single-seaters.

15-year-old Baiz is the most promising Venezuelan kart racer of recent times, with third in the CIK-FIA KFJ World Championship and fourth in the WSK Master Series last year among his biggest achievements.

Sato, also 15, took second in the 2012 Asia-Pacific KF3 Championship and was a regular entrant of the WSK and CIK-FIA events in the KF category.

“I am very excited to be racing with Euronova in 2015,” said Baiz, who is supported by Red Bull Venezuela. “I decided during the winter break to race with this team because I believe if we work hard together we will get good results.”

“This is my first step in formula cars and racing with an experienced team like Euronova is a good way to begin. I can’t wait for the season to start.”

“Signing with Euronova for my first season in cars is very exciting,” added Sato. “They are a good team with a history of doing well in single-seaters and they help their drivers to learn and grow. Testing has gone well this year and I am looking forward to the first race.”

“I’m happy to have signed a pair of quick young drivers for our Formula 4 team,” stated Vincenzo Sospiri, Euronova team manager. “We did some testing with them at the end of last year and we re-started again at Vallelunga last weekend and at Misano during the week.”

“They both have steep learning curves but have already shown that they are very quick to adapt and they will be able to benefit from the experience of my team and my engineers. They are both young and fast and I expect them to push each other hard this season.”

With the additions of Baiz and Sato, the 2015 Italian F4 grid now counts seven confirmed drivers among five teams.