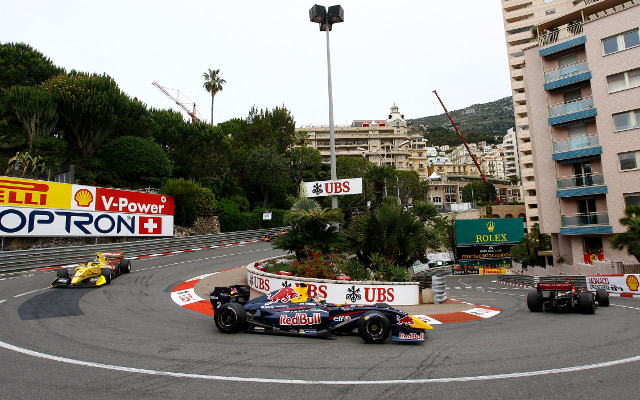 Renault Sport has announced six dates for next year’s Eurocup Formula Renault 2.0 calendar, including a support date at the Monaco Grand Prix.

The 2.0-litre series is likely to replace Formula Renault 3.5 on the bill at the Formula 1 race in Monte Carlo, after Renault decided to end its involvement in the larger category, handing full control to joint promoters RPM Racing.

The FR3.5 race on the street circuit has existed through Renault’s ties with the Monaco organisers, dating back to the Formula Renault V6 Eurocup that raced there in 2003 and 2004 prior to merging with the World Series by Nissan for 2005.

Renault has announced a cooperation with the European Le Mans Series for the World Series by Renault package, which will consist next year of the Eurocup and the Renault Sport Trophy GT series with RPM forming its own schedule for FR3.5.

WSR and ELMS will hold five events together, with the Eurocup present at four of those; Spielberg, Paul Ricard, Spa-Francorchamps and Estoril.

The Eurocup season will begin together with the Renault Sport Trophy at the traditional WSR opener at Motorland Aragon in April, prior to the Monaco date in May.

An additional date for the Eurocup is likely to be announced at a later point, with a total of seven rounds promised.

The Renault-run Eurocup will work with the promoters of the NEC and Alps regional FR2.0 series to avoid calendar clashes to help drivers running a double programme, with all three categories likely to have seven rounds.

“During a period of reconstruction for the feeder series, we are thrilled to have concluded this agreement with the ELMS to organize our championships,” said?Renault Sport Technologies Director of Motorsport, Jean-Pascal Dauce.

“After having collaborated by their side at several meetings the past two years, it was wise to take the plunge to offer varied events in as much for the spectators as for our competitors.

“This partnership will also offer a quality setting to the Formula Renault 2.0 and Renault Sport Trophy drivers in proposing race meetings at legendary circuits, including a number of F1 venues – a very good school for the young drivers who hope to reach motor racing’s most prestigious category.”

ELMS chief Gerard Neveu added: “We are very happy to welcome the Eurocup Formula Renault 2.0 and Renault Sport Trophy which are joining us at the majority of the 2016 ELMS calendar and our thanks go to Renault Sport Technologies for their full support.

“Formula Renault 2.0 has produced some great champions since the series began, including Porsche?s Brendon Hartley and Audi?s Filipe Albuquerque, both ELMS race winners.”