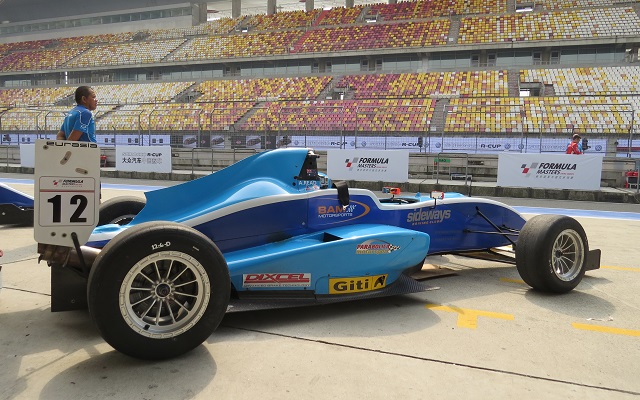 15-year-old Read will embark on his second full season in single seaters in 2015. He took part in the final round of the series last year with Eurasia, taking a best finish of tenth. He also participated in the Australian national-level Formula Vee 1200 series, finishing runner-up in the standings.

Sean Hudspeth also returns to the team. The 20-year-old first drove in the series in 2012 under its ‘Formula Pilota China’ guise, his best result being seventh. He returned to the?championship ?in 2014, although compulsory military service meant that he missed half of the season and was only 15th overall, with a best finish of fourth.

Eurasia Motorsport, which is based in The Philippines, finished second in the teams’ standings in 2014. The team have confirmed that they will have a full four-car lineup for 2015.

“The drive in 2015 is something I have been working towards for years now, and I feel extremely motivated,” said Read. “I?m ready for the challenge. Testing begins in January but I plan to get plenty of seat time. I learnt a huge amount in Shanghai in every aspect of the sport and I?ve mainly been working on my fitness since then.”

?The expertise and brilliant track record of the Eurasia Motorsport team gives me a great deal of confidence, as I know I am part of a professional outfit, capable of winning. It?s up to me to perform and provide the results the team deserves,” the Aussie added.

?I believe there is always room for improvement and, since I am now free of National Service, I will be able to do a lot more pre-season testing”, said Hudspeth. “I feel that, as a driver, I have improved massively since the start of the year, therefore the learning curve should be more gradual next year when I will be looking to fine tune everything”.

“Eurasia is renowned for developing the Champions of tomorrow and we are excited to have signed two future stars already”, said Eurasia’s Mark Goddard. “Having Aidan and Sean aboard this early will allow us to undertake a good pre-season testing campaign, which will result in both drivers being fully prepared for the 2015 Formula Masters China season.”

The 2015 season gets underway on April 24th at the Sepang International circuit in Malaysia.