His father may have been a two-time World Rally Champion, but Carlos Sainz Jr. is heading towards a career in F1. He is currently leading the way in Formula Renault at the age of just 16…

Carlos began karting at the age of 7 at his father’s own indoor karting centre in Madrid, and began competing seriously at the age of 10. In 2008 he won the CIK-FIA Asia Pacific title in the KF3 class, and was also runner-up in the Spanish championship. The following year he won the Monaco Kart Cup, finished second in the European KF3 championship, second in the Spanish championship again and third in the WSK International Series.

Carlos was recruited by the Red Bull Junior Team for 2010, stepping up to single-seaters at the age of 15 by contesting Formula BMW Europe. He actually made his car racing debut as a guest entry in the Pacific series in support of the Malaysian Grand Prix, finishing second in the first race and fourth in the second. He appeared at three further Pacific meetings during the season, scoring two wins at Sepang and another victory at the end of the year at Macau. 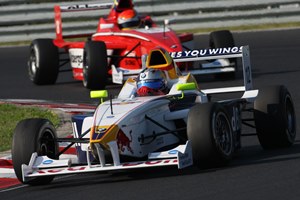 Carlos was top rookie in Formula BMW in 2010. Photo: BMW

He contested the final two rounds of the Eurocup Formula Renault, finishing third in his first race in the car at Silverstone. He made the move to the category full-time in 2011, racing for Koiranen Bros. in both the Eurocup and North European Cup. His season began with two wins from three NEC races at Hockenheim, before winning the Eurocup season opener at Aragon a week later. He won the first race at Spa, a round of both series, before taking a double win at the NEC round at Nurburgring. More NEC wins followed at Assen and Oschersleben, before dominating the round in support of the Masters of F3 at Zandvoort.

Nine wins from 14 races gives him a healthy lead in the NEC with two meetings remaining, though a tough time at the Hungaroring has seen him slip to second in the Eurocup standings, with three rounds remaining.

Talent rating: Carlos enjoyed a successful karting career, and quickly translated this into cars despite starting early at the age of 15. Leading the way in his first season of Formula Renault is no mean feat. 9/10

Chances of getting to F1: With Red Bull backing, expect Carlos to follow the likes of Alguersuari, Ricciardo and Vergne into British F3 next year, and then onto Formula Renault 3.5. Should something go drastically wrong in the coming years, his name will no doubt help to entice other teams. 9/10 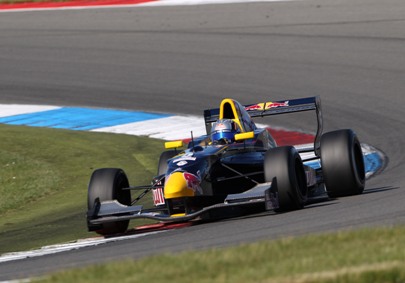 The Master of F3: Felix Rosenqvist

PaddockScout makes its debut on the airwaves