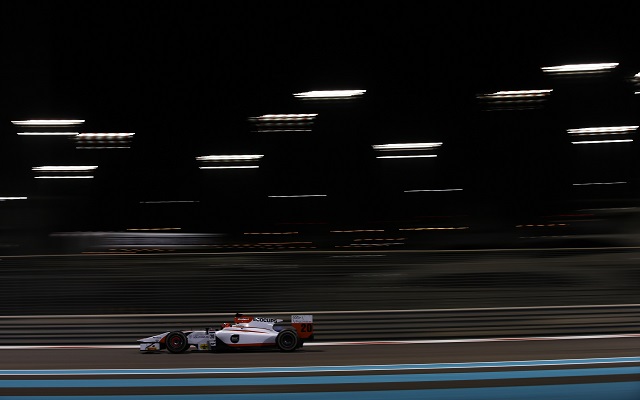 The GP2 Series has released the entry list for the opening pre-season test in Abu Dhabi next week, with drivers named to occupy the vacant seats that had remained for the three days of running from Monday to Wednesday.

2013 Auto GP champion Vittorio Ghirelli will test with MP Motorsport alongside Daniel De Jong, with the series confirming that the Dutchman will continue with the team owned by his father Henk for a third season.

Ghirelli’s past GP2 experience consists of the final five rounds of the 2013 campaign with Lazarus, while last year he contested Indy Lights and Auto GP events.

Hilmer Motorsport will test Sergio Canamasas and Axcil Jefferies. The former has made 51 GP2 starts since 2012 with the Lazarus, Caterham and Trident teams, while the latter took part in last year’s season opener in Bahrain with Trident before Canamasas took over his seat.

As announced on Saturday by the team, Richie Stanaway will drive Status Grand Prix’s second car during the test.

* Testing at Yas Marina, not confirmed to race