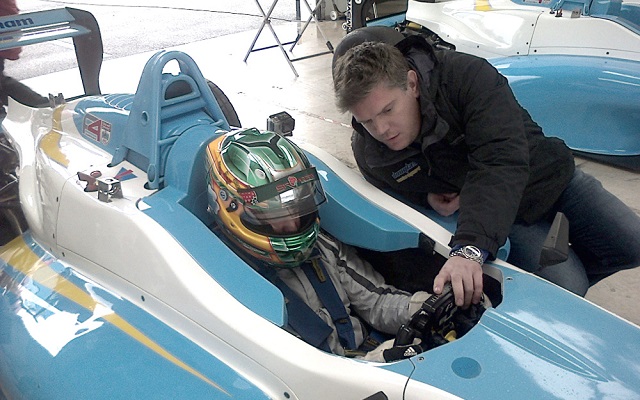 Karting graduate Charlie Eastwood will join the BRDC F4 field in 2014, having signed a contract to race with Douglas Motorsport.

Eastwood, 18, took the Rotax Max Challenge title in 2012 after a rather lengthy karting career and then had a transitional year in 2013 before finally sealing the deal to step up to single-seaters.

“Wayne [Douglas, team principal] has been a big part of my family before I was even born”, said the young Belfast-based driver. It?s great now that we have this opportunity to race with his team.?I’ve kept a close eye on the BRDC Formula 4 championship this year and it?s become really successful. The series requires a lot from drivers themselves to win and I certainly hope I can be in that position. Having spent nine years karting, I can’t wait to get behind the wheel of the F4 car at Grand Prix spec circuits like Silverstone in 2014.”

The squad had a difficult main campaign in BRDC F4 with just a few top ten finishes, but rebounded in the Winter Series, securing the title with Matthew Graham.

“Charlie was very impressive for a newcomer to cars”, added Douglas. “I’ve known the Eastwoods for many years now and enjoyed a lot of success in karting myself racing with them in the early days of my own racing career. We?ve always kept in touch and we all now feel that the time is right for Charlie to make his transition from a hugely successful karting career to the UK’s premier single seater championship. I believe there are some exciting times ahead for both the team and Charlie in F4.”