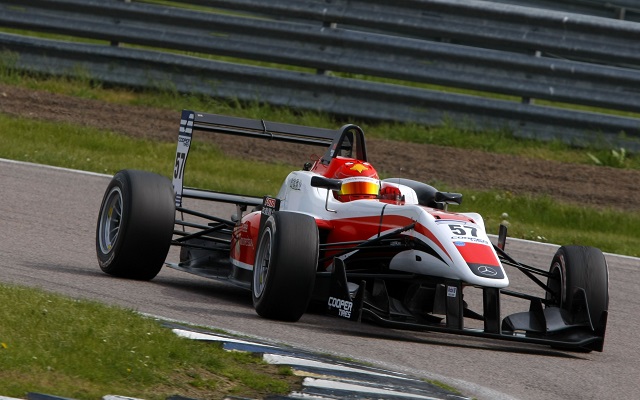 British F3 championship leader Martin Cao has picked up two pole positions in qualifying for the second round of the season at Silverstone.

The Fortec driver got the most out of the track in difficult weather conditions, managing to comfortably beat his rivals.

The session began under light rain as Fortec’s Marvin Kirchhofer set the early pace around the track.

Carlin’s Egor Orudzhev took over at the top after the first ten minutes, only to be dethroned by Cao two minutes later.

Cao shaved off another half a second off his laptime with his next effort before the rain suddenly got heavier, effectively ensuring double pole for the Fortec man.

Orudzhev managed to secure front row starts for both races one and three, with Kirchhofer picking up a pair of third places.