Dienst strikes back with double pole in Lausitz qualifying 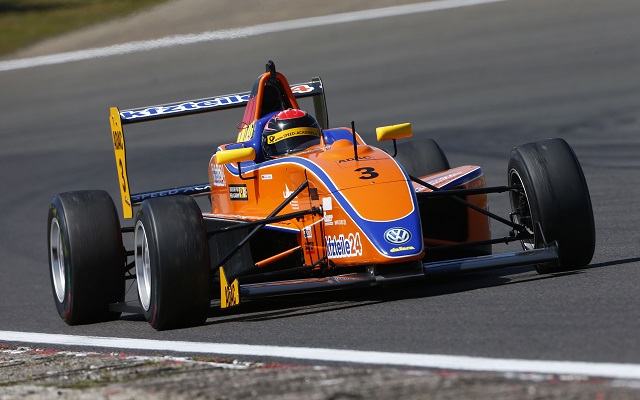 After only being ninth fastest in free practice, Marvin Dienst rebounded by taking double pole for the Lausitzring round of ADAC Formel Masters.

Dienst led most of the session and withstood a late challenge from teammate Maximilian Gunther to secure pole position.

The Mucke duo will make up the front row for the first race of the round, with championship leader Mikkel Jensen eventually coming just 0.005s short of Gunther.

Series debutant Luis-Enrique Breuer made a great impression in his first qualifying session in the championship, going to fourth place under the checkered flag to take his place as the top Lotus driver in the timesheets.

Breuer demoted Kim-Luis Schramm to fifth, with Dennis Marschall joining him on row three. Joel Eriksson and Ralph Boschung made up an all-Lotus row four, while Philip Hamprecht and Nico Menzel rounded out the top ten.

Dienst will lead Jensen on front row for race two, with Gunther and Eriksson lining up right behind.