Diego Borrelli to race in BRDC F4 with SWR 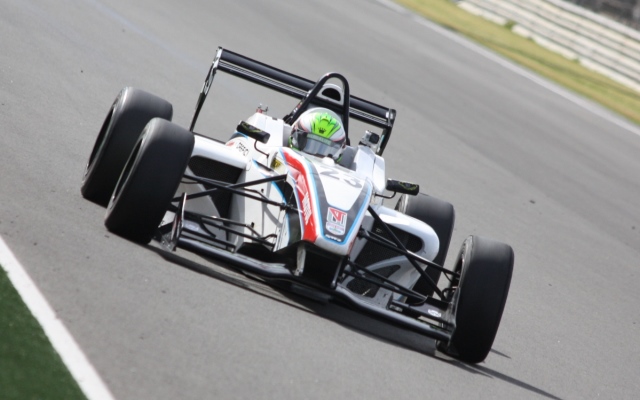 Karting gradate Diego Borrelli will compete in the BRDC F4 Championship for his maiden season of single-seaters with the SWR team.

Borrelli is managed by Adrian Campos and has been testing F3 machinery with the Spaniard’s team over the winter alongside SWR team owner Sean Walkinshaw, who will race for Campos in the Euroformula Open this year. He tested with the F4 squad at Valencia last week.

He has enjoyed karting success in his native Venezuela and in the United States, and has more recently competed internationally with ART Grand Prix.

?I am really happy to have signed my deal with SWR for BRDC Formula 4 this year, it?s a strong championship and the team is already proven as a title challenger and race winner,? said 16-year-old Borrelli.

?I think we did a good job in testing last week in Valencia, I enjoyed driving the car and worked well with the guys in the team.

?I want to get to the first race with the highest possible concentration and for this we are preparing strongly. We fought very hard to achieve the necessary support to move into cars this year, which is why I want to thank my sponsors, family, manager and friends for making this possible.?

Walkinshaw, whose team scored five wins in the inaugural BRDC F4 campaign with Matthew Graham and Jack Barlow behind the wheel, said: “It?s fantastic news we?ve finalised a deal for the new season with Diego. He?s very highly rated and is an incredibly determined driver, he?s setting his sights high for his first year in cars and we?re looking forward to helping him progress during the season.

?SWR enjoyed good podium success last year in F4, we took several wins and we?re all focused on building on those results in 2014. It?s a very competitive championship but we?re sure Diego can become one of the real standout drivers this season.?