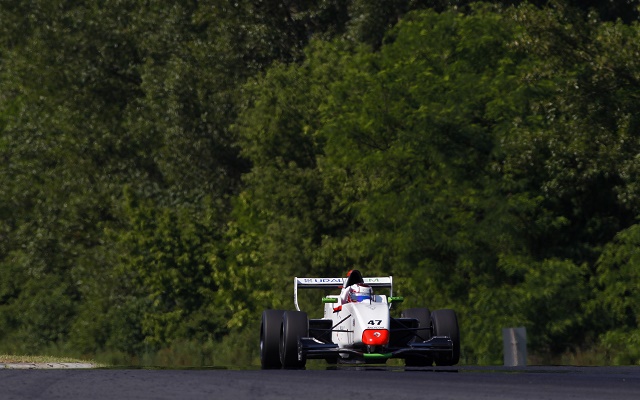 Eurocup Formula Renault 2.0 championship leader Louis Deletraz has further increased his points lead with a dominant win in the Sunday race at the Hungaroring.

Deletraz ended up leading every lap of this weekend, but had previously lost the race one win due to a penalty for jumping the start.

There was no such issue today and the Swiss driver returned to the top spot, with his compatriot Kevin Jorg propping up a Josef Kaufmann Racing 1-2.

A fantastic start by Deletraz allowed him to take an early lead, which was soon up to two seconds over Jorg.

The JKR duo then ran in formation, maintaining the gap and building up a huge lead over Koiranen’s Jake Hughes.

Hughes, who claimed third, took the chequered flag nine seconds behind Jorg as he held off teammate and Saturday winner Jack Aitken.

The race saw several drivers retire from the running, including Fortec’s Callan O’Keeffe, who had to pit after being sideswiped in T1 by Hugo de Sadeleer.