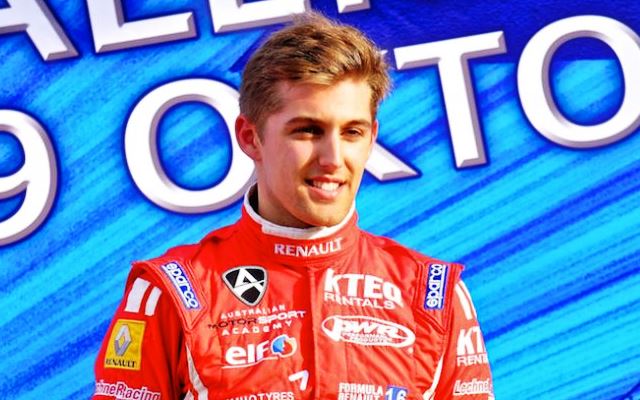 The Australian started his racing career in 2012, entering Australian Formula Ford for a part-time campaign where he finished seventh with three victories and five podiums.

He then returned to the series to win it in a dominant fashion, before moving to Europe to once again win a championship in an impressive manner, the FR1.6 NEC. For winning the series he automatically won the entry fee of FR2.0 NEC but De Pasquale didn’t settle with that.

“Joining Koiranen GP for Eurocup is such a great opportunity for me. We had a strategy to get the best seat in the competition for both my development and future success, and Koiranen GP just felt right from the very first test,” said the 19-year-old Australian.

“I love the winning environment and the professional way in which the team operates – I know how tough this category is and the team is already into understanding and focusing on my development to become a winner.”

Afa Heikkinen, Koiranen GP CEO, added: “Anton had a very strong first international season, and winning the Formula Renault NEC 1.6 title shows his remarkable skills. Therefore, it is a logical step for him in our Eurocup team. We are sure he will be a good challenger straight from his first year and we will give him all the necessary tools to fight in this very high-profile championship.”

De Pasquale is Koiranen’s second driver announcement for Eurocup, following 2013 BRDC F4 champion Jake Hughes. The Australian is the fourth addition to the 2015 grid with Ben Barnicoat and James Allen both having already secured seats with Fortec Motorsports and ARTA Engineering respectively.

AutoGP and FA1 announce merger for 2015