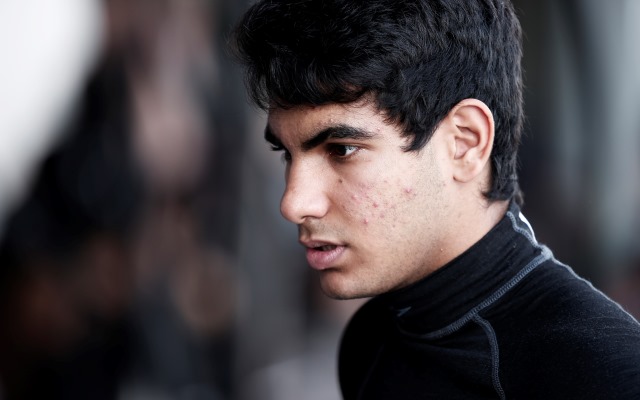 At the annual ‘rookie test’, drivers from other categories are invited to test alongside other newcomers and existing FR2.0 drivers.

After the wet weather seen during the race weekend continued into the start of testing, track conditions then improved over the first three sessions, with Daruvala setting the day’s benchmark in the last of those with a 1m40.642s.

The Indian racer, who finished fifth in the NEC series in his rookie season out of karts this year, switched from Fortec to the Eurocup champion squad of Kaufmann for the test.

The top three was completed by two of the other star FR2.0 newcomers of 2015 – Max Defourny, who finished fourth in the NEC, and Harrison Scott, who won the Eurocup’s rookie prize.

Defourny, switching from ART Junior Team to Tech 1 Racing for the test, was 0.335 seconds adrift of Daruvala.

Scott, having moved to ART from AVF, was 0.621s down but did marginally improve upon that time when he set a 1:41.252 to top the final session, in which the best times were set early on before conditions worsened again.

MSA Formula champion Lando Norris – who has made no secret of his desire to race in FR2.0 next season – was the best of the newcomers in all four test sessions and ended up with the fourth best time of the day, driving for Fortec.

Darius Oskoui?transferred in the opposite direction to his 2015 Eurocup rookie prize rival Scott and took the fifth best time ahead of Aleksanteri Huovinen, a graduate of the SMP Formula 4 series and testing for his fellow Finns at Koiranen.

James Allen, continuing with his 2014-15 team ARTA Engineering, was sandwiched between Huovinen and another F4 racer from Finland at Koiranen, Simo Laaksonen.

Julien Falchero, who raced an FR2.0 car in the V de V series this year and took part in the Alps and Eurocup finales at Jerez for GSK Grand Prix, was ninth fastest ahead of fellow Tech 1 tester and French F4 title contender Sacha Fenestraz.

Scott had pipped Defourny by 0.016s to set the best time of the opening session, a 1m54.773s. The second session was led by F4 regular-turned-Eurocup wildcard Alexey Korneev for JD Motorsport with a 1m43.402s ahead of Norris and his season-long rival Ricky Collard (AVF).

A third MSA Formula regular in action was Enaam Ahmed, driving the Fortec-run car raced to victory in the final Eurocup race of the season by Ben Barnicoat.

Five of the current top six in French F4 were among those to accept Renault invites, with Fenestraz and Laaksonen joined by points leader Valentin Moineault (ART Junior), Gabriel Aubry (Kaufmann) and Julien Darras (ARTA).

The top two from the Nordic Formula Renault 1.6 series were present: Oliver Soderstrom at Manor MP and Ilmari Korpivaara at Fortec.

Other invitees were Joao Vieira from Italian F4 and karter Luca Corberi, testing for JD and BVM respectively.