Daniel Juncadella is the closest rival to his compatriot and teammate Roberto Merhi in the Formula 3 Euro Series this year, taking his fourth win of the season at the Nurburgring…

Daniel is the nephew of Luis Perez-Sala, who raced for Minardi in Formula 1 in 1988 and 1989. After karting between 2004 and 2006, Daniel began racing in single-seaters in the Master Formula Junior series in Spain in 2007. He finished second in the standings, with seven wins from 21 starts.

Towards the end of the year he raced in three meetings of Formula BMW ADAC, which led to him contesting the full Formula BMW Europe series in 2008, now as a member of the Red Bull Junior Team. He finished fourth in the standings, scoring a double win at the Hungaroring. He also finished fourth in the World Final event in Mexico City, and made guest appearances at three rounds of the American series, winning at Lime Rock Park. 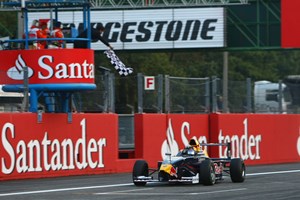 He remained in the series in 2009, and despite never finishing outside of the top seven all year he only won once, at Monza, finishing second in the standings. At the end of the year he lost his Red Bull backing as the Austrian energy drink giant thinned out its young driver roster.

For 2010, Daniel gained the backing of Astana, the Kazakh group of companies which also sponsors a pro cycling team which took fellow Spaniard Alberto Contador to Tour de France wins in 2009 and again in 2010. He raced with their turquoise and yellow colours in the Formula 3 Euro Series for Prema, sensationally scoring a pole position at his first race at Paul Ricard. After podium finishes at Hockenheim and Brands Hatch he claimed his first victory in the final race of the year at Hockenheim.

He also raced part-time in the GP3 Series for Tech 1 Racing. He contested five of the eight meetings, scoring a best result of second at Hockenheim. 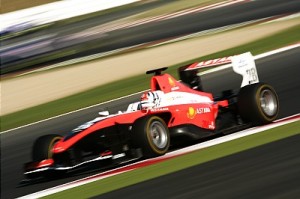 Remaining with Prema in the F3 Euro Series in 2011, Daniel has won on four occasions and lies second in the drivers’ standings.

A native of Barcelona, Daniel is a member of the Circuit de Catalunya’s ‘Joves Pilots’ young driver scheme, and became a factory Mercedes-Benz driver at the beginning of 2011.

Talent rating: Having been a leading contender? and race winner in both of his years in Formula BMW, Daniel then impressed from the word go in F3. A title contender this year, he is clearly amongst the best at his level. 8/10

Chances of getting to F1: If Astana continue to support him then he will probably do GP2 next year. How good he is there will determine whether he can make it to F1, with his current Mercedes support giving him a possible way in. His uncle’s links to HRT may just help as well. 7/10 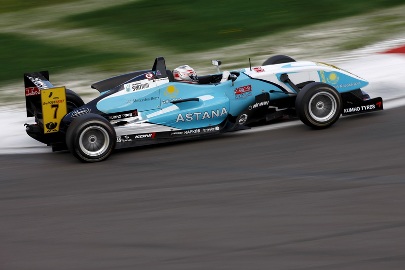 From Cyprus via a talent contest: Tio Ellinas