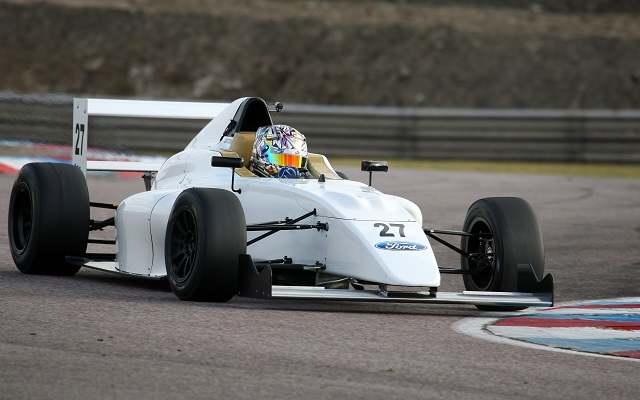 British karting ace Dan Ticktum will make his single-seater bow in the MSA Formula series this year for Fortec Motorsports.

He steps up from the KF Junior class, where last year he was second in the WSK Super Master Series, third in the WSK Champions Cup and fourth in the CIK-FIA European Championship.

He was runner-up in the European Championship in 2013.

“It’s amazing to make the step up from karting and I’m really happy to have signed with Fortec Motorsports to race in the new MSA Formula” said Ticktum, who tested the new car for Fortec at Thruxton last week (pictured).

“It’s the perfect place to kick start my single-seater career. I’ve already done a bit of pre-season testing and the car feels great”.

Fortec team manager Daniel Mitchell is pleased to have secured the signature of Ticktum, who will go up against former karting adversaries Lando Norris and?Enaam Ahmed, who have signed with rival teams Carlin and Arden respectively.

“It’s a great signing for Fortec, there’s absolutely no question of his talent so it’s down to us now to provide him the equipment,” said Mitchell.

“Pre-season testing so far has been positive but we feel as a team there is still a lot more to come.”