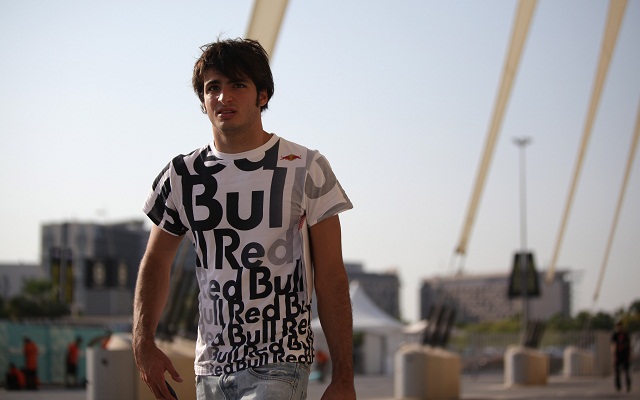 Formula Renault 3.5 teams’ and drivers’ title holders have announced Carlos Sainz, Jr. and Norman Nato as their lineup for the 2014 season of the championship.

Sainz, 19, will make the step up from GP3, where he finished tenth in 2013. The Red-Bull backed junior showed great promise in the early years of his career, with fourth in Formula BMW Europe in 2010 and a Formula Renault 2.0 NEC title a year later.

However, his two subsequent campaigns proved difficult, with an incident-ridden year in F3 and a GP3 campaign plagued with bad luck. He’s succesfully raced in select 3.5 rounds last year and did several days of post-season testing with the French squad.

Meanwhile, the 21-year-old Nato will be staying on for a sophomore year in 3.5. He’s raced with DAMS in 2013, taking a best finish of fifth and finishing 13th in the standings. Prior to that, the talented Frenchman was a frontrunner in Formula Renault 2.0, finishing runner-up to Daniil Kvyat in the Alps series in 2012.

DAMS ran Kevin Magnussen alongside Nato in 2013, as the Dane went on to take five victories throughout the season, securing the title and earning an F1 chance with McLaren.