We profile the Caterham academy driver who is taking the Formula Renault 2.0 NEC by storm this season with four wins on the bounce and a significant points lead…

Matt Parry has been one of the stars of 2013 so far. Backed by Caterham, the Cardiff-born driver already claimed a title in Intersteps last year and has now moved onto the continental scene in Formula Renault 2.0 and rocked the establishment. He’s beaten Eurocup stars and now claimed a huge points lead over his fellow NEC regulars after two wins on home soil at Silverstone.

In karting, Matt was runner-up in the Super 1 National Rotax Max Junior class in 2009 and second in the Rotax Max Challenge Grand Finals, before going one better in Super 1 to win the title in 2010. This attracted the attention of what was then known as Team Lotus, who signed him up to their driver development programme ahead of his car racing debut in 2011.

Matt’s first season of single-seaters came in British Formula Ford, finishing eighth in the standings with a best race result of fourth. Driving for the Fluid Motorsport team, he spent most of the campaign as the sole driver of a Van Diemen chassis, against a field of Mygales. He still finished the season as the top newcomer, both to cars and Formula Ford.

He switched to the Intersteps Championship for ex-Formula BMW machinery for 2012, racing with the Fortec Motorsports team that had taken Jake Dennis to the previous year’s crown. He won 13 of the 23 races on his way to the title. 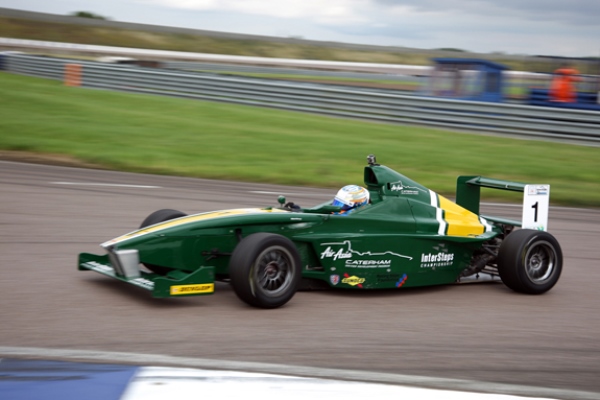 Parry on his way to the Intersteps title (Photo: mattparryracing.co.uk)

Formula Renault 2.0 was the sensible next step, with Matt staying with Fortec for a move into the Northern European Cup. At the opening weekend of the season at Hockenheim, up against a host of Eurocup regulars, he claimed pole for two of the three races. He led the first of those races until his gear selector failed, dropping him to fourth, and he then finished third in the second race and third again in the final race.

At round two at the Nurburgring, he made the most of his speed, winning the first race from third on the grid and then adding a second victory in race two from pole, moving him into the championship lead. At Silverstone last weekend, with his nearest rivals absent on Eurocup duties, Parry scored another double win. That put him on 177 points compared to 98 for the second-placed Esteban Ocon and 89 for fourth-placed and closest NEC regular Jack Aitken. Prior to that, he started from pole position at the Pau Grand Prix but lost his chances of victory when he made contact while being passed by team-mate Dennis.

Talent rating: Measuring Matt’s ability before this season was a difficult task. His Formula Ford campaign was low-key, albeit under difficult circumstances, and the quality of the grid in the now-defunct Intersteps was questionable. He was expected to be one of the leading contenders for the NEC title this year, but to come out and match and beat the best of the Eurocup stars was a surprise to most. While the NEC title is already just looking like a formality (barring disaster), it will be how well he performs on anticipated guest appearances in the Eurocup that could provide us with the best chance to rate him. On his early form this year, he’ll go very well indeed. 8/10

Chances of getting to F1: With seemingly little money from other sources, Matt’s progression depends on the continued backing of Caterham. In theory, that should in turn depend on him continuing to perform at the top of his game, although nothing should be taken from granted when talking about a backmarking F1 team with a small budget and businessmen at the helm. If he does keep up his form and progress up the ranks, through Caterham’s FR3.5 and GP2 teams, it will be making that final leap into F1 that will be the hardest part. 7/10 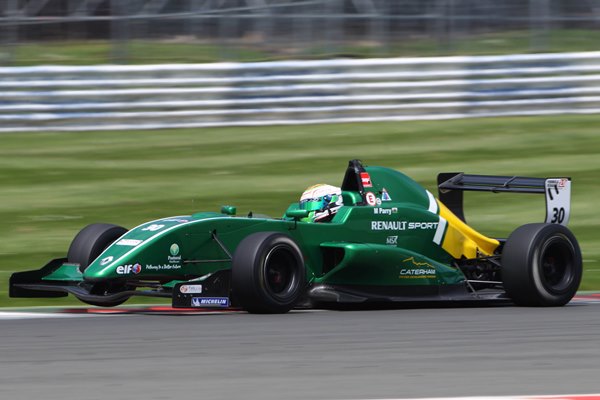 Hubert outqualifies the rest of the field at Spa