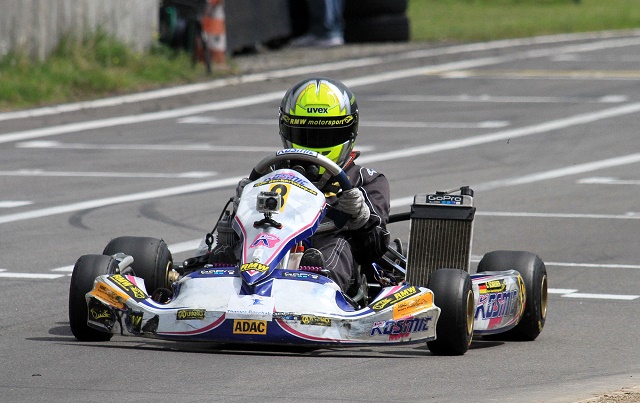 16-year-old Carrie Schreiner has announced she will make her car racing debut in the newly-established ADAC F4 championship in 2015.

Having confirmed her participation in the series at the end of last year, the ADAC Stiftung Sport racer has now made it official that she will race with Pirosports.

The German karting graduate started her career at the age of ten and worked her way up through the national championship ladder.

In 2012, she dominated the IAME X30 Junior category of ADAC Kart Masters, finishing in the top two seven times in ten races. Spending two years in the KFJ category after that, she finished the 2014 season in fifth.

“I’m proud that my achievements in karting have allowed me to race in ADAC F4 next year,” Schreiner said. “This year in KFJ I could have achieved more if not for some bad luck. However, it is time to switch to formula racing. The first season is certainly a learning year for me but I would like to get as far as possible.”

Schreiner is the third driver to sign with Pirosports as Formula Renault 1.6 NEC graduate Cedric Piro and former karting driver Toni Wolf have both officially been revealed by the team earlier.

ADAC F4 is a newly-created championship, replacing ADAC Formel Masters and using a car which complies with the FIA F4 regulations. 14 drivers have already confirmed their full-time participation in the inaugural season.

Haxhiu and Matus to return to French F4 in 2015