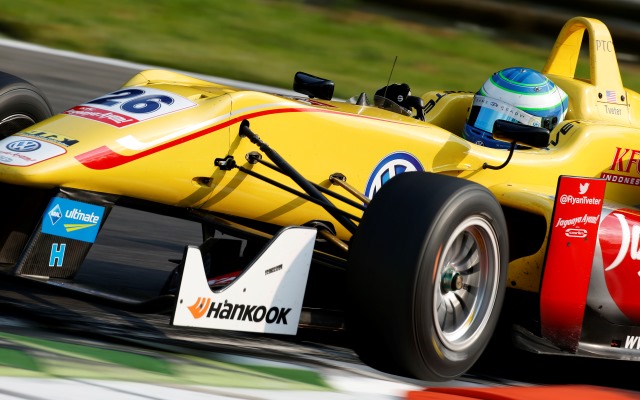 The Swiss-based American driver raced for Carlin this year after stepping up to F3 from Formula Renault 2.0 and scored a best finish of ninth at Zandvoort.

Although he ran for the West-Tec squad at the Macau Grand Prix, he has since returned to Carlin for winter testing and now extended his stay with the team into next season.

?My rookie year in FIA F3 was only my third full season in any kind of motorsport so I?m very excited to continue to work with Carlin and Volkswagen for a second season of FIA F3 in 2016,” said the 21-year-old.

“I learned a huge amount this year with Carlin and we?ve built a strong foundation together that’s been showing in winter testing. I?m really looking forward to next season and the continuity of a second year with a great team.?

Team boss Trevor Carlin added: ?We?re pleased to welcome Ryan back to the team for a second season in Formula 3, he?s a pleasure to work with and very mature and professional.

“He did a good job in his rookie season in a very competitive field and we look forward to building on the progress made with some positive results in 2016.?

A series of drivers have joined Tveter in testing for Carlin recently ahead of 2016, but three of the most regular have been Alessio Lorandi and Raoul Hyman – who raced for Van Amersfoort and West-Tec respectively in 2015 – and Tanart Sathienthirakul, who made his series debut for Motopark at the end of the season after two years in Euroformula Open with West-Tec.

Another ex-VAR driver Arjun Maini sampled Carlin for a second straight year prior to Macau but has since remained with T-Sport, the team he finished 10th with in the Asian event.

Of Tveter’s 2015 team-mates, series runner-up Antonio Giovinazzi will be unable to return for a fourth season due to a new rule blocking the practice, George Russell has defected to Hitech GP and Callum Ilott is also looking around, trying out Hitech and VAR.