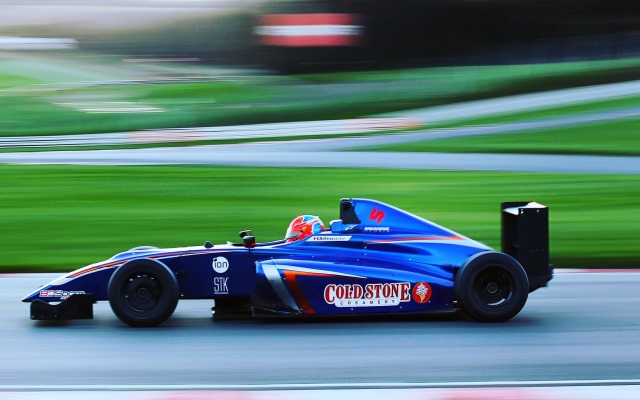 Carlin has promoted Devlin DeFrancesco into an MSA Formula race seat for 2016 after the Canadian teenager spent this year preparing with the squad.

DeFrancesco, who turns 16 in January, joined Carlin earlier this year for a simulator and on-track testing programme.

He also began his car racing career in Ginetta Juniors with HHC Motorsport, taking in the latter six rounds and claiming a pole position at Rockingham, and has been driving in the Koiranen-run Formula 4 Winter Junior Challenge.

In karting, DeFrancesco placed third in the 2014 CIK-FIA European Junior Championship behind Enaam Ahmed and Mick Schumacher, before a fractured wrist sustained in an accident ruled him out.

“It is a great honour for me to continue with the Carlin ?family?,” said DeFrancesco.

“So far it has been an awesome year, with the pole position in Rockingham and then with the great program Chip Ganassi Racing put together, the Generation G.

“I?m really looking forward to 2016 and can?t wait to be in a racecar again. I need to thank everyone who has supported me for making this happen.?

Team boss Trevor Carlin added: ?Devlin is a welcome addition to the race team, although he?s been part of Carlin for a season already.

“We?ve seen him come a very long way over the last year and he has potential that has obviously been recognised by us and the Ganassi Racing Teams. I look forward to seeing what he can achieve on track in 2016.?

Double R brings Enzo Bortoleto back to BRDC F4 for 2016