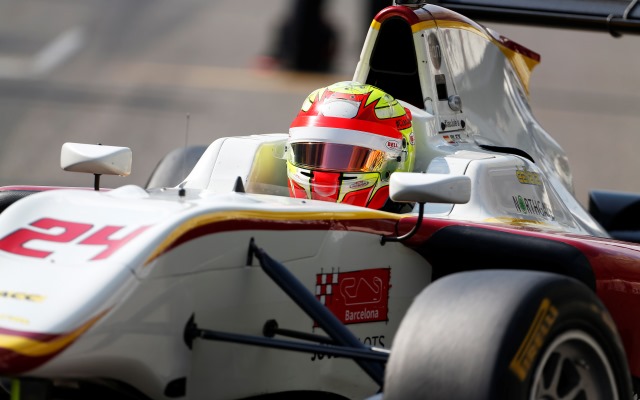 Campos Racing will continue with Alex Palou and Konstantin Tereshchenko in GP3 this year and also welcome single-seater returnee Steijn Schothorst to its line-up.

Spanish squad Campos was a new entrant in GP3 in 2015 but ended the year with a victory in the final race through Palou, a protege of team boss Adrian Campos who finished his rookie season 10th in the standings.

?I?m happy to be back in the GP3 Series driving a Campos Racing?s car,? said 18-year-old Palou.

?I?m entirely convinced we will be able to build on the experience gained last year to be competitive from the scratch. I?m looking forward to driving the GP3 car again?

Tereshchenko competed for the team in the Euroformula Open series for two years ? finishing runner-up last season ? and then stepped up to the GP3 squad for the final three events of the campaign.

Schothorst competed in Formula Renault 2.0 between 2012 and 2014 and then switched into the Renault Sport Trophy GT series last year alongside his father Jeroen before doing the GP3 post-season test in Abu Dhabi in December for Campos and Trident.