Cammish continues to win at Rockingham 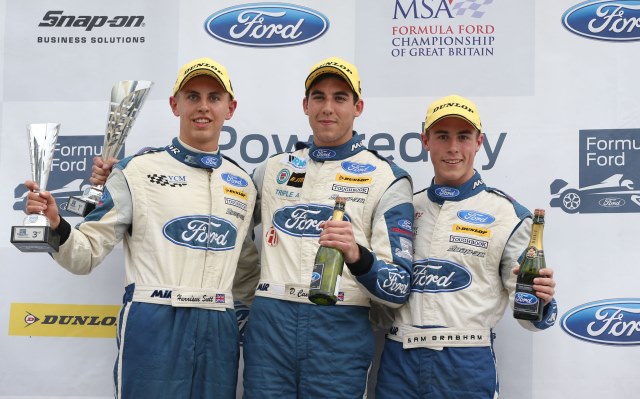 Dan Cammish scored his 22nd consecutive win in Formula Ford GB in the first race of the weekend at Rockingham.

Jayde Kruger held second place off the line, with pressure coming in the form of his Jamun Racing team-mate Juan Rosso until the Argentine spun on lap two.

After starting sixth, Harrison Scott was able to take up the fight to Kruger and passed the South African on lap four. However, a fuel issue would derail Scott’s race, handing second to Brabham.

Scott was able to keep hold of third ahead of Rosso, with Kruger slipping to fifth. Camren Kaminsky finished sixth in the third of the JTR entries ahead of James Abbott and Andy Richardson.

Debutant Jack Dex finished ninth with Connor Mills completing the top ten a lap down after a clash at the start with Andy Chang, who retired with damage.

Picariello closes in on title with Slovakia Ring victory