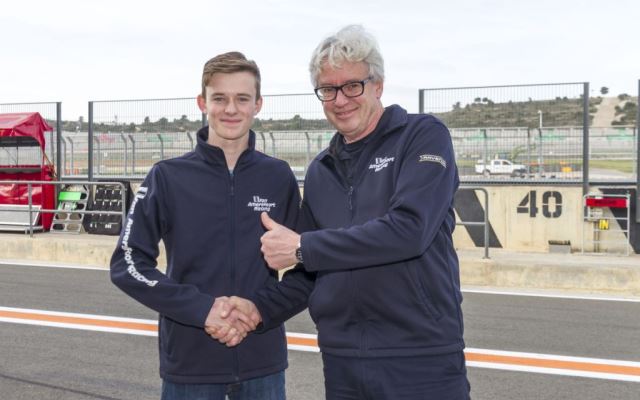 Callum Ilott has switched from Carlin to Van Amersfoort Racing for the 2016 FIA Formula 3 European Championship.

British driver Ilott contested his first year in car racing in the series in 2015 and finished 12th in the standings, claiming a best result of third at the Nurburgring round in September.

Despite his rookie status he was classified as a finisher in all 33 races – the only driver to do so.

The European karting champion in 2014, Ilott was a member of the Red Bull Junior Team last year but will not retain that status for the coming season.

“Teaming up with VAR for 2016 is an ideal move and I have a good feeling about them,” said Ilott.

“They are a well supported team and I can see from testing that we all share the right motivations. They have come close to winning the F3 championship over the last two years and are pushing very hard to improve.

“The fact that famous F1 names are putting their sons with VAR also says a lot about the team culture.

“Red Bull and Carlin have given me a great introduction to cars and I am thankful to them.

“For me, 2015 has been all about learning and pushing for the best results.? Now I am moving on looking to challenge for race wins and the consistency of results required to win a championship title.”

Ilott becomes the second 17-year-old to sign with Dutch squad VAR for 2016 after Pedro Piquet, with a third ? Harrison Newey ? expected to also race for the team having tested extensively.

After running Max Verstappen as a 16-year-old for much of 2014, VAR then had two 17-year-olds and one 16-year-old for most of last season, claiming four wins with GP3-bound Charles Leclerc.

The team has swapped Volkswagen engines for Mercedes power over the winter.

“The transition from go-kart to single-seater worked very well for him, despite his young age. During the first test with us in early November, Callum already showed true racing spirit.

“Our main goal will be to help him in his ambition to be a regular front runner during his second season in autosport.”