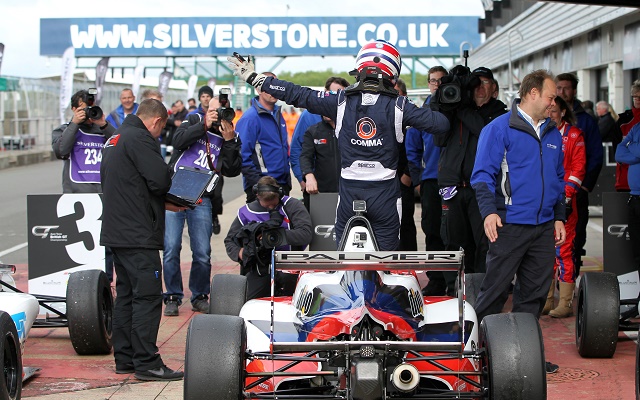 British racer Will Palmer will join the Eurocup Formula Renault 2.0 field for the 4-6 September round at Silverstone, partnering with ART Junior Team.

Palmer, 18, is in his second year in single-seaters and has six wins from his sophomore BRDC F4 campaign – a series he currently leads by a comfortable margin.

“I’m delighted to be taking part in the Formula Renault Eurocup round at Silverstone,” said Will, brother of GP2 champion Jolyon and son of ex-F1 driver Jonathan.

“It’s an extremely competitive series in which many great drivers have appeared in the past, but I’m hopeful that with the experience of the ART Junior Team I can get up to speed quickly and challenge for some good results.”

Palmer won two of the three BRDC F4 races at Silverstone this year and finished fourth in the reverse-grid outing.

ART Junior Team currently field two Eurocup full-timers in Ukyo Sasahara and Darius Oskoiu, the former having delivered a maiden win at Spa and the latter picking up an Aragon podium.

The team currently sits sixth in the standings.

“We are very happy to have Will driving for the team at Silverstone and it is a great opportunity to work with him,” said team boss Thibaut de Merindol.

“We follow all the F4 series across the world to identify good drivers, and Will is certainly one of them

“We are looking forward to seeing how he will do against our regular drivers and we are sure he will perform to a high level.”