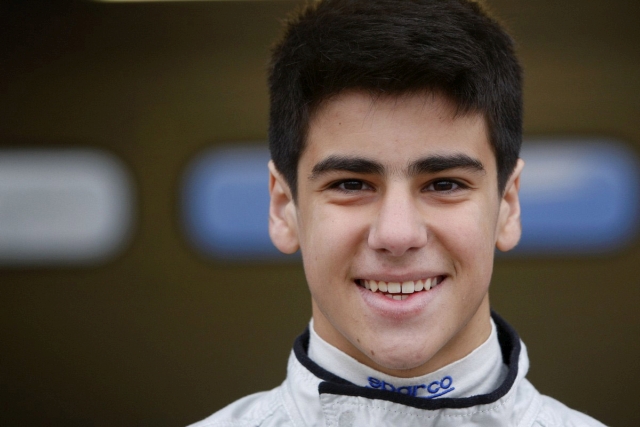 16-year-old Rafa Martins has been officially confirmed to participate in the 2015 MSA Formula season.

The Brazilian, who was second in the Brazilian Junior Kart Trophy in 2013, will join SWB Motorsport to accompany Protyre Formula Renault graduate Jack Butel in the team.

Testing at Brands Hatch and Snetterton in the past couple of days, Martins?already had his first taste in the car.

“It was Rafa?s first proper experience of a racing car and he acquitted himself well,” said SWB Team Manager Simon Baldry.

“Brands Hatch was very wet and not a great learning experience but the Snetterton test was dry and very productive and he covered 70 laps.

“We were happy with the times he did and with the feedback he gave us about the new car; he?s a sensible lad and he does what he?s told, and I think he will be one to watch as the season progresses.?