Binder returns to GP2 with Trident 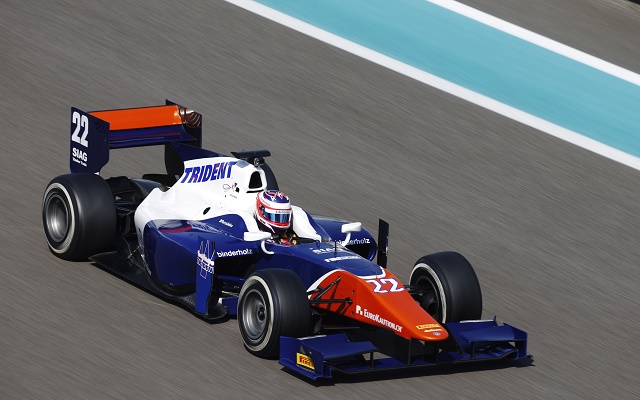 Rene Binder will take part in the 2015 GP2 season, it has been officially confirmed.

The Austrian will spend his third full-time campaign in GP2, switching from Arden to Trident.

Binder, 23, has been racing in single-seaters since 2009, starting with a positive seventh in ADAC Formel Masters.

That was followed by three years in German F3, which he completed with three victories, nine podiums and a sixth place in the standings in the final year.

At the end of 2012, he also made a surprise debut in GP2, which turned out to be?his main focus in 2013. In his debut full-time year, he scored points on three occasions for Venezuela GP Lazarus to finish 23rd.

He then joined Arden, but could only manage 25th in his sophomore year, breaking into the top ten only during the Bahrain opener.

?I’m delighted to be part of the Trident GP2 team together with Raffaele Marciello, who is one of the world’s quickest young drivers,” said Binder.

“I merged with the team straight away and that was clearly demonstrated by the laptimes logged during the year-end test at Yas Marina. We have been off to a flying start together, but we are also aware of the hard challenges we will be facing. Anyway, I’m honoured for having been chosen by the team and I will try to reward their trust as hard as I can.”

“I’m very satisfied with the team we have been able to put together for this season,” added Maurizio Salvadori, team principal. “Our goal will be to stay at the front of the field and both our drivers have what it takes to help achieve great results. We met Rene at the end of the 2014 season and we appreciated the efficiency of his driving style, which is clean and aggressive. The laptimes set were extremely interesting.”

In 2014, Trident had their most successful season in GP2, taking sixth in the teams’ standings with the duo of Johnny Cecotto Jr and Sergio Canamasas.