Beckmann wins on countback after horror crash with Norris 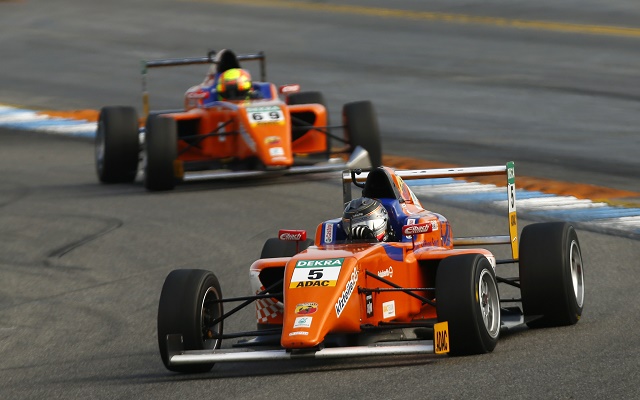 David Beckmann was declared the winner of an incident-filled second ADAC F4 race at Hockenheim, which was red-flagged due to a scary crash between Beckmann and teammate Lando Norris.

The duo battled for the lead for much of the race after champion Marvin Dienst missed his braking point at the hairpin and gave up the top spot.

On the final restart, Norris was all over Beckmann for the lead and ended up going over his teammate’s rear wing on approach to the Mercedes corner.

He was briefly airborne and slowed in the gravel, where he rolled. The red flag came out immediately and, while Beckmann limped to the pits, Norris needed to be extricated from his Mucke machine and was carried into the medical car on a stretcher.

With the race results rolled back to lap 13, Beckmann was declared provisional winner, ahead of Norris and Joey Mawson.

If the results stands, it will be recorded as Beckmann’s first ADAC F4 win and he will have become the series’ rookie champion.