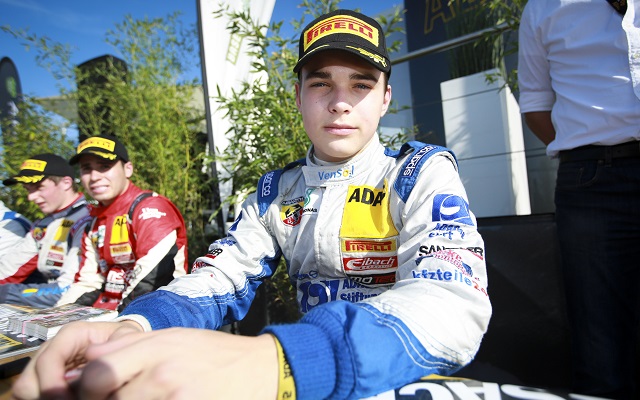 David Beckmann has announced his participation in the 2016 edition of the FIA European F3 Championship as well as a tie with Red Bull.

Beckmann will continue his collaboration with?Mucke Motorsport, the team he spent his maiden season with.

The 15-year-old enjoyed a successful first year in cars as he took fourth and fifth in Italian F4 and ADAC F4 respectively and became the top rookie in the latter.

He tested extensively over the past few months with Mucke’s F3 outfit alongside his 2015 teammate Robert Shwartzman.

Beckmann will also become?a Red Bull athlete but not an official member of the junior team.

Beckmann is expected to miss the first two rounds of the season as he turns 16 at the end of April, which has been introduced as an age limit in the championship.

He is the third F4 driver to secure a step up to FIA F3, joining Italian F4 and SMP F4 champions Ralf Aron and Niko Kari.