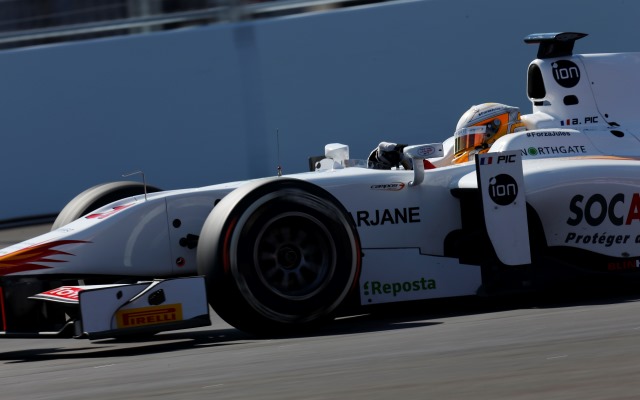 GP2 racer Arthur Pic will continue with the Campos Racing team for the 2015 season.

The Frenchman has enjoyed a successful first season in the category after spending three years in Formula Renault 3.5. He claimed his first victory in the feature race at the Hungaroring and sits seventh in the points going into the final round in Abu Dhabi.

?I am delighted to be extending my partnership with Campos Racing into next season,? said 23-year-old Pic.

?We have taken tremendous strides together in 2014, which is particularly encouraging given that I am a GP2 rookie and they are returning to the championship.

?I also have an excellent relationship with Adrian Campos and the whole crew, so there is a mutual desire to succeed which made it natural to stay together for a second season. It is now up to us to carry our momentum into the winter and ensure we are in the title hunt next year.?

Campos added: ?I am extremely happy to confirm that Arthur will continue with our team in 2015. His work this season has been incredibly good; he never gives up and his results have not gone unnoticed.

“We?re sure he will be fighting for the title and we will support him fully in doing so. It is a pleasure to work with such a fast, mature and professional driver.?

Pic is the first driver to announce a deal for the 2015 GP2 season.