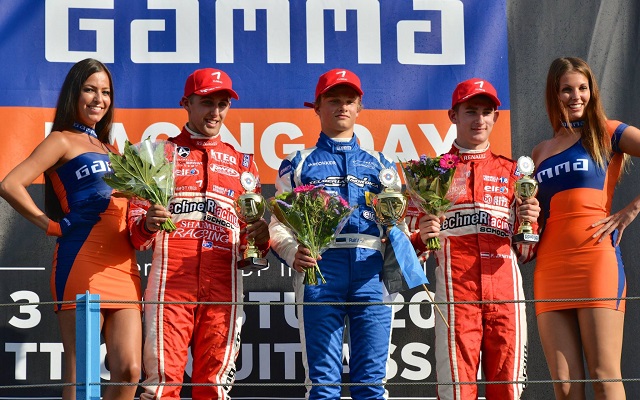 The Estonian, who had previously won a FR1.6 race in the Nordic championship, started on front row and got the better of the Australian off the line to lead the opening lap.

De Pasquale also slipped behind Florian Janits and Janneau Esmeijer, but managed to take the two respective spots back as the race went on.

The Australian then closed in on race leader Aron but did not find a way through, despite trailing him by less than 0.3s over the line on several occasions.

Behind the two, Janits kept Esmeijer at bay to record his first podium in the category, while Max Defourny overtook Ferdinand Habsburg to secure fifth.

Wouter Boerekamps managed a penultimate lap move on Marcel Lenerz to pick up seventh, with Pontus Fredericsson and Boris Kolff rounding out the top ten.

Larry ten Voorde was the only retirement of the race, bouncing off of Kolff on lap nine.