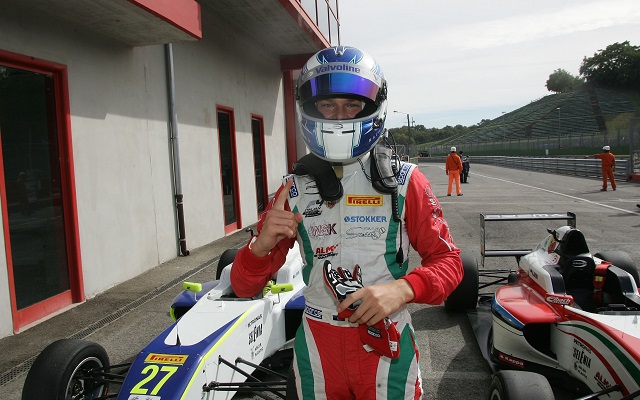 Ralf Aron has claimed the 2015 Italian F4 crown after taking his second win of the Imola weekend in the final race.

The Estonian led every lap of the race and finished 5.5s in the clear ahead of Robert Shwartzman.

Shwartzman spent the race narrowly ahead of teammate David Beckmann, while a third Mucke car driven by Lando Norris completed the top four.

Struggling to overtake Alex Peroni for several laps, Guan Yu Zhou eventually found a way past the Australian to end up fifth.