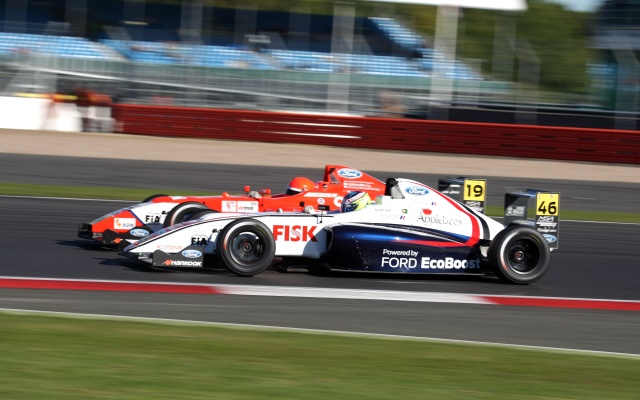 Jack Martin and Ayrton Simmons will step up from karting, with Brazilian driver Martins joining from the SWB team and Leeds moving over from Australia.

Martins took ninth in the standings in the inaugural MSA Formula season with two podium finishes.

“I believe I had a great rookie year with a smaller team, and I?m sure with TRS Arden I will have every opportunity to compete for wins and the championship from the start to the finish of the season,” said Martins, who turns 17 in February.

Martin, 15, has been part of the Arden-affiliated Young Racing Driver Academy (YRDA) and steps up from Rotax Max karting.

“I have moved on from karting this year and spent the last few months focusing on testing in cars,” he said.

“I have spent some time working with the Arden team already,??having been with their Young Racing Drivers programme since 2013?, so it was the natural choice to select Arden to race with next year.?

Another YRDA and Rotax Max graduate, Simmons will only reach the minimum age of 15 at the end of April 2016, setting him up to miss the first two events.

?I know it will be a complicated season because I will miss two rounds but I will do my best and I’m very grateful to have the team’s trust,” he said.

“We have two drivers coming to Arden with experience from Formula 4 and two rookies who have had very competitive seasons in karting,” said Arden’s MSA Formula team manager Ben Bloomfield.

“They both tested very well with the team and impressed with their level of skill, determination and professionalism in their approach to the cars. We are looking forward to another strong and competitive season in 2016.?

Comment: George Russell can be F3 champion with Hitech