Antonio Giovinazzi to get taste of GP2 with Carlin 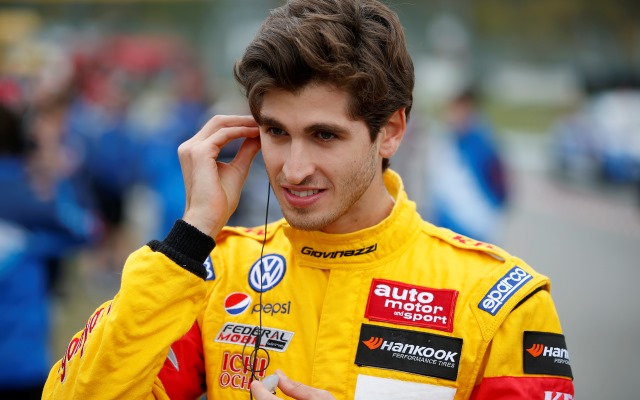 FIA Formula 3 European Championship runner-up Antonio Giovinazzi will get to sample GP2 machinery by his Carlin team in Abu Dhabi later this week.

Giovinazzi will drive on Thursday afternoon and the whole of Friday as he shares Carlin’s workload in the post-season test with Dean Stoneman and Richie Stanaway.

Stoneman and Stanaway will be in action through Wednesday and Thursday morning before Giovinazzi takes over from the Kiwi, who will then return on Friday in place of Stoneman.

“We know we have three very talented drivers with us this week and the aim is to work on the progress we?ve made in the last few races with Dean and continue that with the experienced feedback of Richie.

“We?re delighted to give Antonio this opportunity; he has been a great asset to the team over the last two seasons and we?re excited to see him in a GP2 car for the first time this week.”

Giovinazzi has competed for Carlin in F3 for the past two years as part of the ‘Jagonya Ayam’ setup built around Sean Gelael.

Having contested Formula Renault 3.5 and some GP2 rounds with Carlin this year, Gelael is expected to move on to Campos next year and bring in Mitch Evans as his team-mate.

Giovinazzi has had links to Audi through his F3 engine supplier Volkswagen and made his DTM debut at Moscow Raceway this year, but the marque has already announced an unchanged line-up for 2016.