Sergio Perez became the first Mexican to race in F1 for 30 years. Having already won titles in Formula BMW and GP3, Esteban Gutierrez looks set to follow him soon…

Esteban began his single-seater career at the age of 15 in Formula BMW USA in 2007. He finished second in the standings, as top rookie, with four wins and nine pole positions. He made the switch to the new Formula BMW Europe series for 2008, winning the title with seven wins. 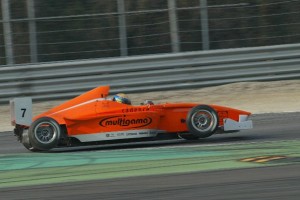 For 2009 Esteban stepped up to the Formula 3 Euro Series with the crack ART squad, scoring two podium finishes on his way to ninth in the final standings. At the end of the year he tested for BMW Sauber as a prize for his FBMW Europe crown. This would see him join the team in 2010 (now minus BMW backing) on a driver training programme.

ART entered the inaugural GP3 season in 2010, taking Esteban with them. He would dominate the season, winning five times and taking the title with two races to spare. Sauber named him their official test and reserve driver for 2011. 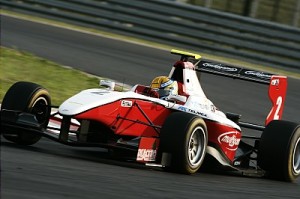 Unsurprisingly ART promoted Esteban into their GP2 squad for 2011. He suffered a slow start to the year, failing to score any points over the opening three events. At Valencia though he showed strongly all weekend, culminating in a maiden win in the sprint race. This promoted him to tenth in the standings.

Talent rating: After mastering Formula BMW, Esteban was slightly disappointing in his first, and only, year of F3. His switch to GP3 saw him dominate, and after a slow start in GP2 he is now looking like a contender after his maiden win. 8/10

Chances of getting to F1: Just like current Sauber driver Sergio Perez, Esteban is supported by Mexican telecommunications giant Telmex, whose growing interest in F1 will only help Esteban to make the step up when he is ready. Almost a certainty. 9/10 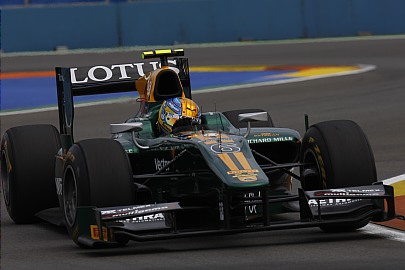