Alfonso Celis confirmed with Status in GP3 for 2014 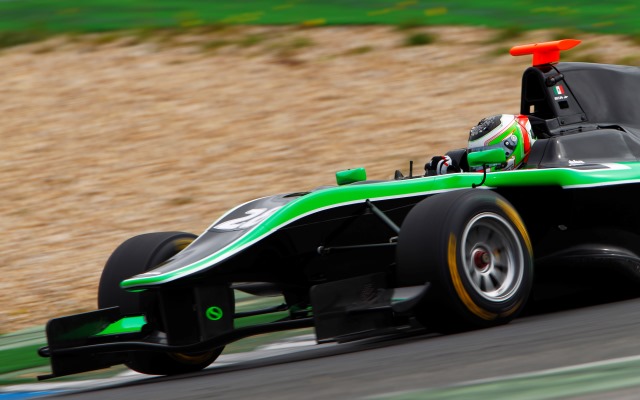 Alfonso Celis has secured a Status Grand Prix seat in the GP3 Series for this year.

The Mexican has driven with Status at the pre-season tests in Estoril and Jerez, and has now completed a deal to race for the team alongside Nick Yelloly.

17-year-old Celis competed mostly in Formula Renault 2.0 NEC last season with Fortec, finishing 14th in the standings after a third-place finish in the final race of the campaign. He also dabbled in Formula 3 with the same team – contesting one round each in the British and European championships – and was a race-winner in the Panam GP Series in his home nation.

Previously, he contested his maiden year of single-seaters in the Formula BMW Talent Cup in 2012, finishing fifth in the grand final.

?I am really excited to be part of Status Grand Prix and to race in GP3,? said Celis. ?I am looking forward to continuing to improve as a driver and to show my skills.

“The car is definitely fast, and I am still adapting, but the transition was easier than I expected and with more time on track I am going to keep moving forwards.?

Team principal Teddy Yip said: ?We?re very pleased to welcome Alfonso to the team after such a promising initial test.

“For a young driver he got to grips with the car and tyre very quickly and was immediately competitive. His application and willingness to learn is strong, and we look forward to working with him through the initial learning curve that will bring results as the season progresses.?

Former German F3 champion Richie Stanaway has been driving the Status team’s remaining car in testing and has been linked to making his single-seater racing return with the squad this year.