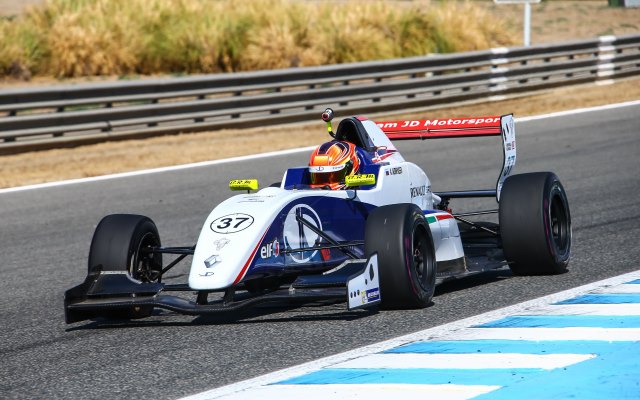 Russian driver Alexey Korneev will do a full season in Formula Renault with JD Motorsport this year, the team has confirmed.

The 17-year-old stepped out of karts last year and competed in SMP and French Formula 4 series. He took fifth place in the former with two race wins, while he was 11th in the latter with one victory from four rounds.

He also began competing in Formula Renault with JD Motorsport towards the end of the year, entering the Misano and Jerez Alps rounds (finishing ninth in his debut race) before also doing the Eurocup finale at Jerez, where he finished 11th in the first race.

Korneev will do both the Eurocup and NEC with JD Motorsport, with the Italian team returning to the NEC after the cancellation of the Alps season. He joins Australian driver James Allen in JD’s line-up for 2016.

JD has enjoyed much of its success over the past two years in Formula Renault with Korneev’s compatriot Matevos Isaakyan.