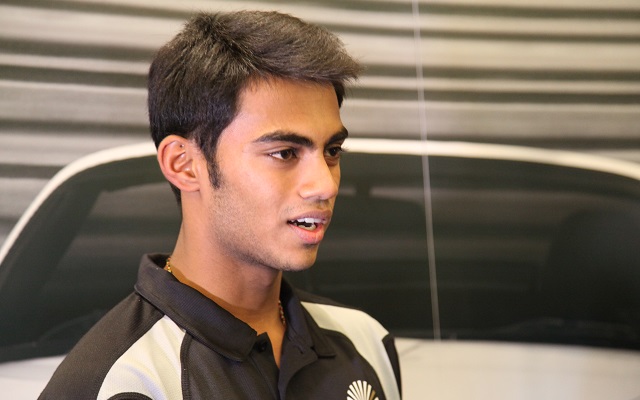 18-year-old Akhil Rabindra has been revealed as the first driver in Douglas Motorsport’s 2015 BRDC F4 lineup.

The Indian driver, who has been racing in cars since his graduation from karting in 2010, will move to Europe to spend his maiden season on the continent.

Rabindra, who was part of FIA Institute’s Young Driver Excellence Academy in 2014, raced in the LGB Formula Swift Series and Toyota Etios Motor Racing in the past.

In 2014 he finished in the JK?Tyre National?series?as runner-up as well as taking part in the first three rounds of Formula Masters China, achieving the best result of fourth.

“I am very excited to be racing in the UK with Douglas Motorsport,” said Rabindra. “I look forward to all the guidance and support from the team and I hope to bring them as many podiums as possible during the season.”

Team boss Wayne Douglas commented: “It is great to have Akhil onboard. We have a good understanding of the BRDC F4 car and he has plenty of racing experience so we hope to be challenging for podiums from the very first race of the season.”

Douglas Motorsport had a good 2014 campaign in the series, celebrating a victory with Diego Menchaca who finished seventh with Irish driver Charlie Eastwood and Mexican Rodrigo Fonseca ending up in the tenth and 13th positions respectively.