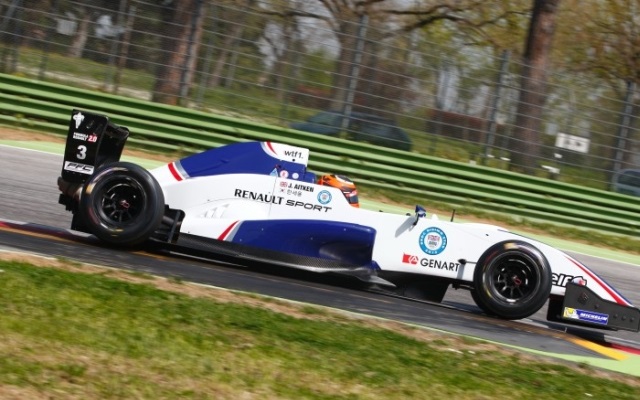 Having started on pole, Aitken gave no chance to his chasers as he was significantly the fastest driver in the opening stage, which allowed him to finish with a lead of 19 seconds.

Unable to challenge for the lead, Matevos Isaakyan completed a calm race in second, while Stefan Riener secured third, despite running most of the race in fourth.

Although it was Jake Hughes who occupied the final podium position after gaining six places at the start, the Briton dropped three places during the final?laps.

JD’s Thiago Vivacqua and ARTA’s James Allen survived the difficult weather conditions in fourth and fifth ahead of Hughes, both of them recording their best finish of the season.

Wildcard entrant Anton de Pasquale was running fifth in the first half of the race but his Alps debut has ended prematurely after problems occurring with the pit limiter of his car.

Cassidy cruises to Japanese F3 race one win at Okayama